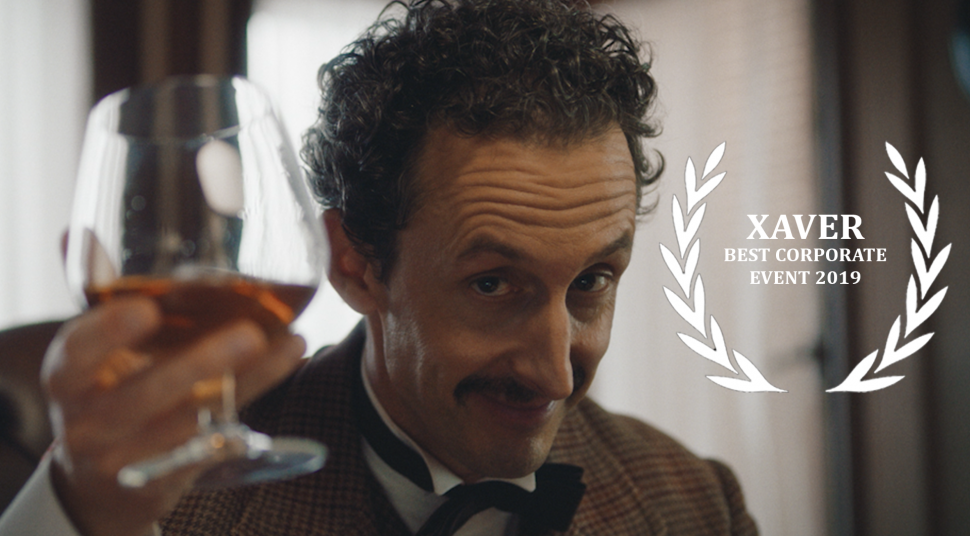 At this year’s XAVER Award, the film “At the cutting edge” and the associated 150-year celebration of Hch. Kündig & Cie.AG won the BEST CORPORATE EVENT 2019. The story was told on screen and on stage. Rudolf Widmer, played by actor Peter Hottinger, appeared in a double role in the film and also on stage, at the same time! A project I enjoyed very much!

The XAVER Award is the most important award in the Swiss live communication industry.